This is the Boat’s Moment (Zenki, Part 4)

When you go to bed at night, do you look forward to the next day or do you dread it? And when you wake up, what then? Do you mourn everything that came before? Do you see the new day in terms of possibility, or do you define it according to yesterday, imbuing it with the same qualities, the same concerns, the same cast of characters? When you’ve turned off your alarm and your eyes aren’t yet fully open, is it night or is it day? Or are you between two things? 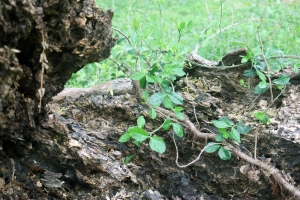 This activity, he’s saying, does not hinder life; it does not hinder death. On some level, we’re constantly aware of just being, of what we take to be the status quo. I’m here. You’re here. Things are more or less the way I expect them to be. But simultaneously, we are aware—though perhaps not always consciously or deliberately—of the impermanence of things, that things are always changing.

We are fortunate to have certain occasions in our lives that correspond with actual birth and actual death, when we are able to really notice the function of death moment to moment. People say a lot of dramatic things about their children being born. The most common refrain, in some form or another, is “The moment I saw that child, I understood that my life could never be the same again.” Something has changed irrevocably, so even as we’re watching this amazing birth, we are struck with the reality of death. We understand that we can’t go back. Not that we necessarily want to, but still, it can be frightening to look in that new face and say, I’m new, too. And maybe I don’t know this new self very well.

When someone we know dies, we know from the first moment it will be hard. We can even lay out the stages of mourning before they happen. We will never see that person again. So we’re confronted not just with that person’s death but also with the death of the reality we knew, the one that included that person. So even as we’re contemplating the end of something, we understand that we’re at the beginning of something else.

Actual birth and death are stark examples, yet we can face these same truths in every moment. We actually say, “Things will never be the same again,” as if they were ever the same, even for an instant.

Whether we feel one way or the other—whether we frame the moment in terms of death or birth—Dogen is telling us there is no contradiction. When I try to imagine a moment coming into being or a moment falling away, I imagine something like breathing. This is just the first place my mind goes—that you inhale and then exhale, inhale and exhale. But Dogen is saying something more interesting than that. He’s stating that this undivided activity is always the case, that the nature of every moment is the undivided activity of death, but the nature of every moment is also, at the same time, the undivided activity of life—so it’s as if we’re inhaling and exhaling simultaneously.

Reality can only ever be complete. We don’t have any partial realities, no matter how partially we perceive reality or how much we wish it were something more. There’s nothing that can be missing from it.

Dogen concludes the section with this: “This being so”—this being that death and life do not hinder one another—“birth does not hinder death; death does not hinder birth.” There’s a lot of talk in Buddhism of hindrances. We say we don’t want them. We want to move past them, obliterate them, or see through them. As you lie down to go to sleep tonight, take that opportunity to let go of your hindrances. All of them. Seize the opportunity to just release your grasp on those things that you keep carrying with you, from day to day and year to year, even though they have become more story than reality. Those things you’re afraid to let go of because if you did, who would you be?

As you slide out of this day and into the next, let those things just fall away. Put that burden down, and with it, the idea that there’s any conflict between who you think you have been and where you are now. Now is hello. Now is goodbye. The same is true of you. It is always like this.

Koun Franz was born in Helena, Montana, but has spent more than half of his adult life in Japan. He was ordained in 2001, then trained at Zuioji and Shogoji monasteries. From 2006 to 2010, he served as resident priest of the Anchorage Zen Community in Alaska. Koun and his family now live in Canada (Halifax, Nova Scotia), where he leads practice at Zen Nova Scotia.